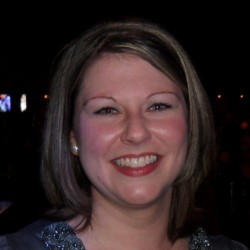 The Wonder of Audiobooks

In 2008, a TV series began called Legend of the Seeker based on the Sword of Truth series by Terry Goodkind.  The show wasn't anything spectacular but the characters and story intrigued me enough to buy the first book, The Wizard's First Rule.  I hadn't read any fantasy novels since middle school and I was blown away with this book.  I immediately bought all of the books in the series that had been published thus far and was so captivated with this story that I also bought the audiobooks so I could listen during my commute to and from work.  I would try to end my reading at the end of a chapter so when I got in the car I could easily find my place on my iPod and pick up right where I left off.  It was this series of novels that awakened my love of fantasy fiction and introduced me to the wonderful world of audiobooks.

Today, my audiobook library contains over 300 titles and I have one audiobook on my "currently reading" list at all times.  I still read everyday but I can't deny that audiobooks have enhanced my experiences as a book lover and I want to share some of those experiences with you.

2. A Monster Calls by Patrick Ness

3. The Graveyard Book by Neil Gaiman

5. The Storyteller by Jodi Picoult

6. The Girl of Fire and Thorns Trilogy by Rae Carson

7. The Sky is Everywhere by Jandy Nelson

8. A Song of Ice and Fire Series by George R.R. Martin

9. The Kitchen House by Kathleen Grissom

11. The Divergent Trilogy by Veronica Roth

13. The Help by Kathryn Stockett

14. The Sword of Truth Series by Terry Goodkind

What are some of your favorite audiobooks?  Do you have a favorite narrator?